KESHAPLANS ‘THE HIGH ROAD TOUR’ STOP AT THE PALMS

Kesha’s “The High Road Tour” will visit 26 North America cities with a stop at the Pearl Theater inside the Palms on Friday; May 1at 8 p.m. The tour will include Big Freedia and follows the Jan. 31 release of Kesha’s forthcoming album “High Road” (Kemosabe/RCA Records). Tickets start at $39.95.Every ticket purchased online includes a CD copy of “High Road” (max four per household). 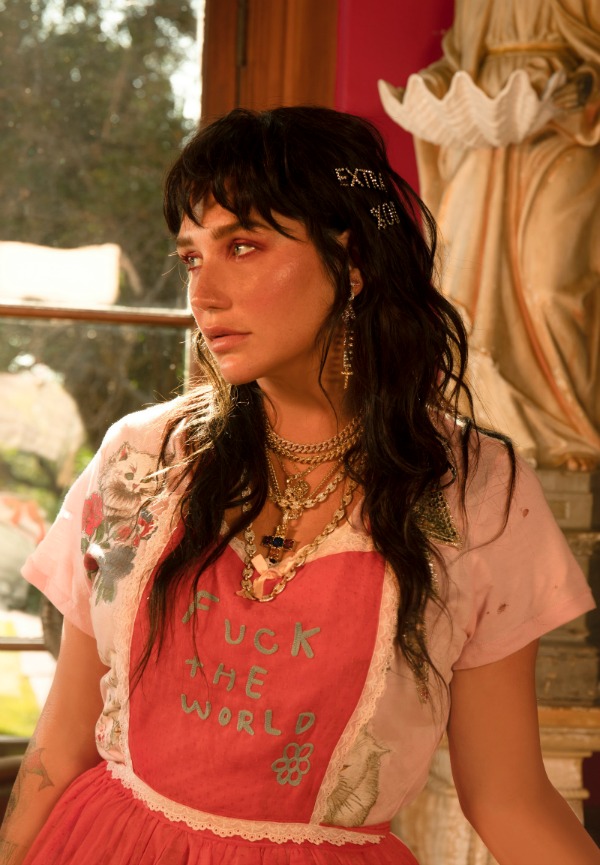 Singer-songwriter Kesha returned to the charts in 2017 with her critically acclaimed No. 1 album “Rainbow,” which earned the singer/songwriter her first Grammy nominations. She has sold more than 14 million total album equivalents worldwide, has approximately 6.9 billion audio streams and 1.7 billion video streams worldwide, and has had nine Top 10 hits on The Billboard Hot 100.

Named one of Time Magazine’s Time 100, Kesha released a behind-the-scenes Webby-winning documentary “Rainbow - The Film” on Apple Music, performed “Praying” at the 2018 Grammys,” collaborated with Macklemore on “Good Old Days” and The Struts “Body Talks,” and contributed to the soundtracks for “On the Basis of Sex” - “Here Comes The Change” and “The Angry Birds Movie 2” - “Best Day.”

Big Freedia is a New Orleans-based hip-hop artist known as the “Queen of Bounce.” After a series of cult hit singles during the mid-2000s, she made a reality show, “Big Freedia Bounces Back,” a docuseries following the life of a choirboy turned bounce rapper, on Fuse TV, which remains the highest rated original series on the network. Next, she was featured on Beyoncé’s Grammy-winning single, “Formation,” and Drake’s “Nice For What.”

Big Freedia released her album “3rd Ward Bounce,” which featured Lizzo, in 2018, was on the cover of “Billboard” magazine, and was invited by “Vogue” magazine to be the official host of the Live Instagram stream for the Met Gala. Her latest single “Louder” dropped in November from her forthcoming project. She also wrote her memoir, “Big Freedia: God Save the Queen Diva!” on Gallery Books/Simon & Schuster. 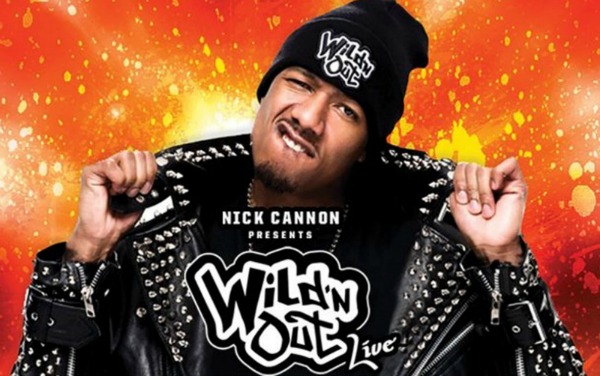 Produced by Live Nation and Laugh Out Loud, the 27-city arena tour with a lineup, which varies by city, will feature stand-up routines by Wild ‘N Out cast members including DC Young Fly, Karlous Miller, Emmanuel Hudson, Justina Valentine, Hit Man, Conceited, DJ D-Wreck and Pretty Vee along with live music performances from some of today’s hottest artists. Additional special guests will be announced.

Each night Cannon and the cast will invite audience members to join them for Wild 'N Out’s most popular games.

“Titanic: The Artifact Exhibition” at the Luxor has introduced 108 new artifacts including 20 never seen before. New technologies and a photo station for visitors to be able to pose with prop life-jackets from the Oscar-winning 1997 movie are also added. More enhancements will be made throughout the spring along with plans for the venue to be able to host private events and receptions. 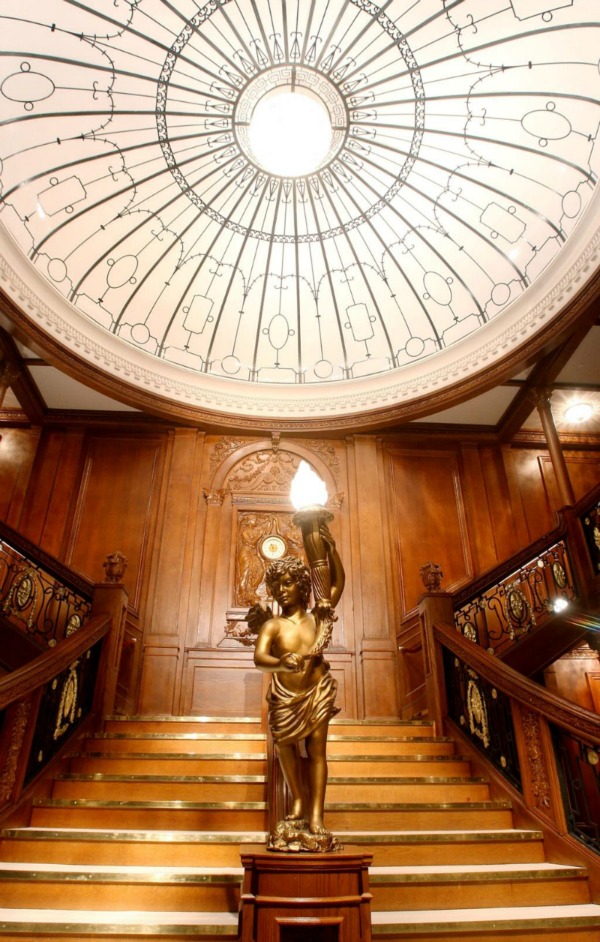 Through showcasing more than 400 artifacts, the exhibit tells the tragic story of the Titanic, billed as an unsinkable ship, which struck an iceberg in the North Atlantic in April 1912 with more than 2200 passengers aboard. As everyone knows, the famous luxury liner did sink. The exhibition includes re-creations of first- and third-class cabins, a replica of the Grand Staircase, and a 15-ton section of the Titanic's starboard hull. Some new items include: a chef’s hat; first-class smoking-room chandelier; sole of a golf shoe; bain-marie cooking pot; alligator-skin wallet; and passenger Madame Zephey’s calling card. 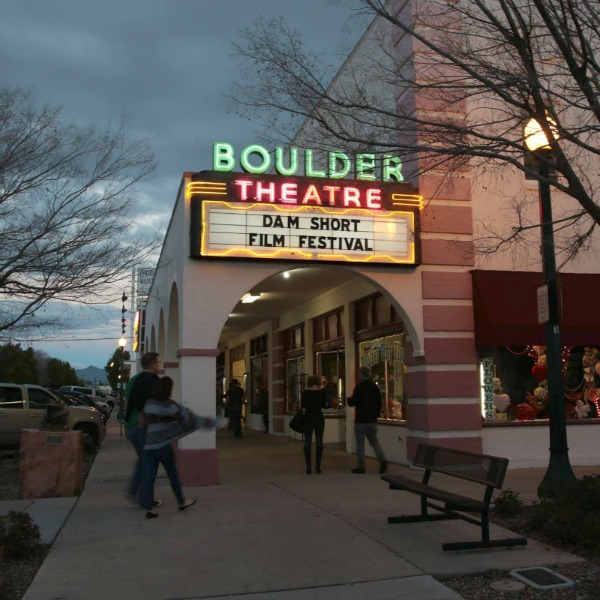 Over a four-day period, the festival will have 23 programs with new topics such as Silver State Documentaries, Retrospective: 40 Years in the Marking of The Residents, and more. In addition to the screenings and filmmakers Q&A during each category block, there will be a Post-Awards Party, 16th Dam Mixer, Meet-n-Greet, and other parties and events.

Tickets are $10 per film block or $100 for the full four-day lineup and can be purchased online.

The four lads known as “Human Nature” and resident headliners at The Venetian are natives of Australia and understandably brokenhearted about the devastating bush fires in their home country. For their Saturday, Jan. 25 performance of “Human Nature Sings Motown & More,” 100 percent of proceeds from all tickets sold will benefit the Australian bush fires relief efforts. 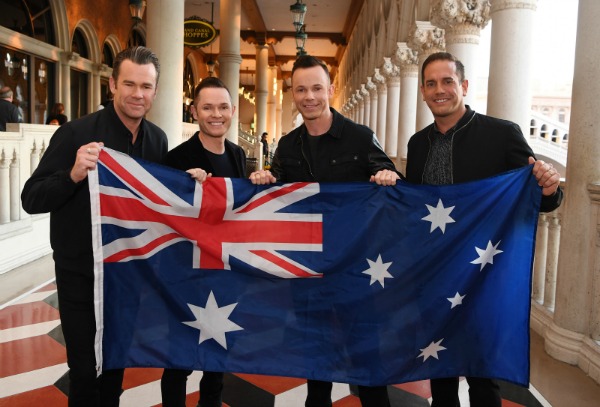 Notably, Jan. 25 will be the day before Australia Day. Human Nature’s shows in The Sands Showroom are at 7:30 Tuesday-Saturday and tickets start at $49.95.

The new traveling exhibit at the Discovery Children’s Museum running through Sunday, May 3 is Run! Jump! Fly!: Adventures In Action™ presented by Nevada Health Link. The exhibit focuses on the many benefits of physical activity and a healthy lifestyle through collaborative and hands-on activities. Nevada Governor Steve Sisolak attended the opening and presented a certificate honoring the museum’s 30th anniversary. 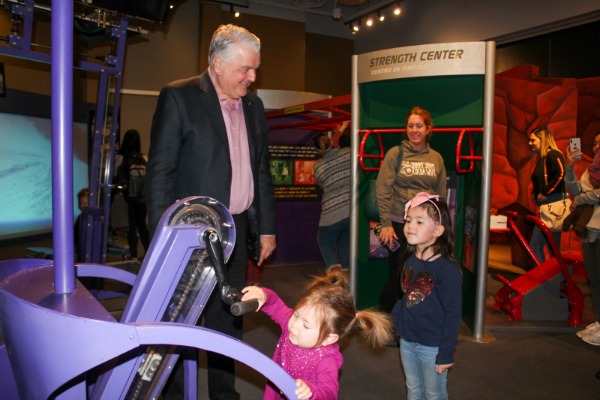 The exhibit is comprised of various interactive areas including four adventure scenes providing an imaginative setting in which guests can try out fun and hands-on activities highlighting a specific physical challenge of balance, strength, coordination and cardiovascular endurance. 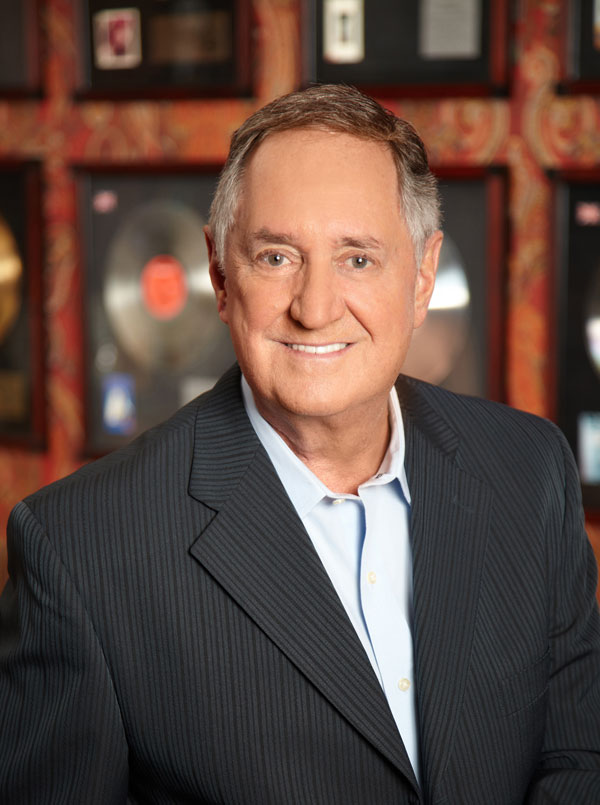 Sedaka will lead off on Friday-Saturday, Feb. 7-8.This renowned singer, songwriter, composer, pianist and author’s prolific 60-year music career began in the 1950s.He has enjoyed enormous success with several chart-topping hits, including “Calendar Girl,” “Breaking Up is Hard to Do,” “Laughter in the Rain,” “The Diary,” and more. Additionally, Sedaka has written hit songs for Frank Sinatra, Tom Jones, The Monkees and The Fifth Dimension. He was inducted into the Songwriters’ Hall of Fame in 1984. Tickets start at $59.95.

Rock band Loverboy will appear on Saturday, Feb. 29. In their more than 30-year career, the group has sold more than 10 million albums, earned four multi-platinum plaques, and had a string of hit singles, including “Working for the Weekend,” “Turn Me Loose,” “Hot Girls in Love,” “Queen of the Broken Hearts,” and “When It’s Over.” Their success made them the first Canadian group ever to earn Columbia Records’ exclusive Crystal Glove Award, for selling more than five million albums outside their native country. Loverboy won a record total of six Juno awards in 1982, and in 2009, the group was inducted into the Canadian Music Hall of Fame. Tickets start at $49.95. 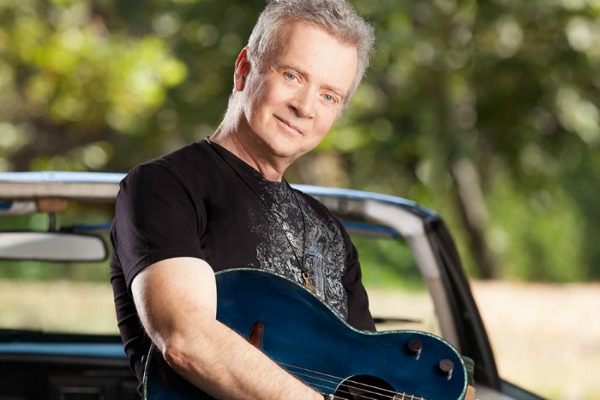 White, one of the most versatile and prolific acoustic guitarists on the contemporary jazz landscape, spent 20 years in all accompanying British singer-songwriter Al Stewart, first as a pianist, then as a guitarist. White played on Stewart’s top 10 album “Year of the Cat” in 1976 and co-wrote the hit title track of the singer’s next album, “Time Passages.” By 1990, he was ready to go out on his own after performing sideman duties for Stewart and many other artists.

The world’s only burlesque museum, The Burlesque Hall of Fame at 1027 S. Main Street, is kicking off 2020 with a range of burlesque classes for all levels allowing participants to discover their inner Gypsy Rose Lee. Presented as part of the museum’s “School of Striptease” program, classes include one-time drop-in classes offering burlesque basics or fine-tuning specific skills, as well as eight-week intensive courses covering all the bases.

Drop-in Courseson Wednesday nights 6:30-7:30 p.m. are one-time classes covering various topics listed on the museum’s website. Registration is $40 at the door, $35 online. Some of the topics include: Burlesque 101; Barre for Burlesque;

Bump & Grind; and Burlesque Basics, which is a 15-minute class focused on basic moves offered multiple times between 6 and 9 p.m. only on First Fridays for $5 at the door.

The Burlesque Hall of Fame is open hours Tuesday-Saturday 10 a.m.-6 p.m., and Sunday noon-4 p.m. Admission is $15 and $10 for students, military and seniors.

‘THE DENNIS BONO SHOW’ WILL CONTINUE AT SOUTH POINT

Dennis Bono, star of “The Dennis Bono Show” at South Point in the showroom, has his contract there extended through 2020. Bono’s one-hour variety show celebrates 20 years of continuous weekly broadcasts from Las Vegas. His live shows are heard on the CRN Network and its affiliates, Armed Forces Radio Network, and many more outlets. Bono’s program showcases Las Vegas’ amazing local talent in a live interview show with performances.

Bono is a consummate interpreter of the Great American Songbook. He started his career in the ‘70s and was discovered by Frank Sinatra’s pal Jilly Rizzo.

The second act of the series on Saturday, Feb. 8 will be James “Bigfoot” Scott, who has appeared on NBC’s “This is Us,” “Oceans 8,” “Pawn Stars” and more.

AT M RESORT, HOTEL CALIFORNIA WILL PAY TRIBUTE TO THE EAGLES

The original tribute to The Eagles, Hotel California, will headline at the M Resort on Saturday, March 14 in the M Pavilion at 8 p.m. Tickets start at $15. 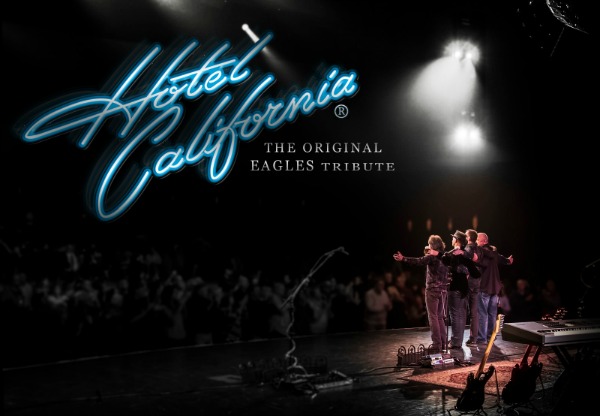 Touring since 1986, Hotel California has promoted The Eagles music around the globe. When The Eagles stopped to catch their breath a few decades ago, having sold more than 100 million records, winning six Grammys, and generating six No. 1 albums, Hotel California was launched as the original tribute band and has toured ever since. 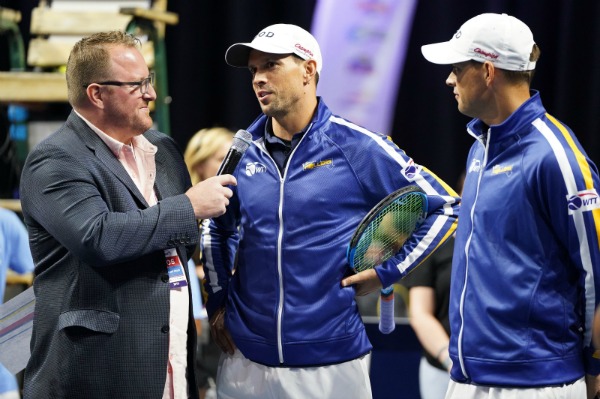 A SPOTLIGHT ON MOTORSPORTS HISTORY IN SOUTHERN NEVADA

The Henderson Historical Society will present “Early History of Southern Nevada Motorsports” with author Randall Cannon taking the audience for a fast lap through the history of early professional motorsports in southern Nevada on Wednesday, Jan. 22 at 6:30 p.m. in the Nevada State College Theater, 1300 Nevada State Drive, in Henderson.

The history began decades before the Las Vegas Motor Speedway was built. The author will share rare images and anecdotes from original research for his recently published history, “Stardust International Raceway, Motorsports Meets the Mob in Vegas, 1965-1971.

After performing in Las Vegas for more than 11 years, “Criss Angel MINDFREAK®” over the holidays celebrated the one-year anniversary of the immersive visual spectacular at Planet Hollywood. The 90-minute magic concert includes Angel’s revolutionary new levitation and continues to be the top grossing magic show in Las Vegas.

Recently “Xavier Mortimer’s Magical Dream” at Bally’s in The Magic Attic room celebrated its 1,000th show. After performing in more than 30 countries and starring in Cirque du Soleil’s production, “Michael Jackson One,” Mortimer became the first Cirque troupe performer to launch a headlining residency on the Strip premiering his show in 2016. The production was written and directed by fellow French superstar, Alex Goude, and long-time Vegas headliner, Michael Goudeau.

The all-new show “Disney Dance Upon a Dream,” starring singer, actress and dancer Mackenzie Ziegler, will visit the Orleans Arena on Tuesday, April 21 at 7:30 p.m. The show takes the cast on a journey to find their own beat in a fast-moving world, featuring a soundtrack of Disney’s greatest hits remixed and reimagined. There will be video and music from beloved films, including “Beauty and the Beast,” “Moana” and “Cinderella.” Tickets start at $29.

The Italian American Club at 2333 E. Sahara Ave. is a hidden treasure for dinner and shows. Jimmy Hopper will sing the best of Billy Joel, Elton John, and Neil Diamond on Wednesday, Jan. 22 at 7 p.m. Tickets are $30. “Frank Marino’s Divas” will highlight superstar female impersonators on Sunday, Feb. 16 at 4 p.m. Tickets are $40.

Founders Coffee at 6410 S. Durango Drive has introduced a year-long charity initiative, Coffee with a Cause. Each month, Founders will serve a special Barista’s Choice beverage with proceeds being donated to a designated monthly local charity partner. Barista’s January Choice, a Mexican Hot Chocolate Latte, is benefitting Families for Effective Autism Treatment (FEAT). 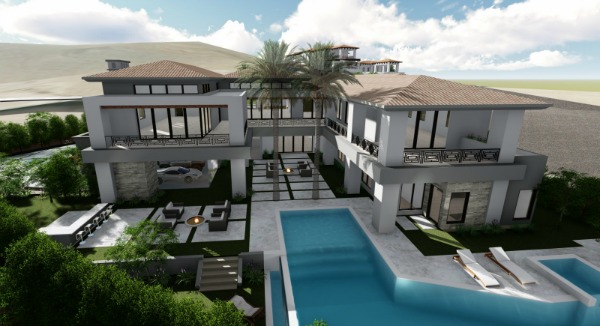 IBS is the largest annual light construction show in the world. Taking place at the Las Vegas Convention Center, the 2020 show will bring together more than 1,400 top manufacturers and suppliers from around the globe in 600,000 net square feet of exhibit space, showcasing the latest and most in-demand products and services.