Winterreise was choreographed to 24 songs by Franz Schubert set to poetry by Wilhelm Muller.  It is considered to be one of the finest song cycles in German lieder literature.

The art songs were somber and short and might have been taken for one long piece as could the choreography with its flowing coalescence.  Both express the unhappy musings of a youth whose sweetheart has rejected him for another.

As with most of Schubert’s songs the piano accompaniment is as expressive of the subject as are the words.  Roth’s rendering of them in dance - words and music - was insightful and deeply moving.  His approach was reverential and revealed not only the story’s theme but also the essence, one might even say spirituality, of the music.

Zack Frongillo as the young man displayed good ballet training but more importantly the poetic sensitivity of the character.  There was no outward angst or thrashing.  He carried his pain inwardly and made us feel it more than see it.

Kaylee Hannig was the sweetheart, Danny Mendoza the rival, and Carrie Miles, Adriana Ramirez, Anna Kaiser the family.  They all performed flawlessly. 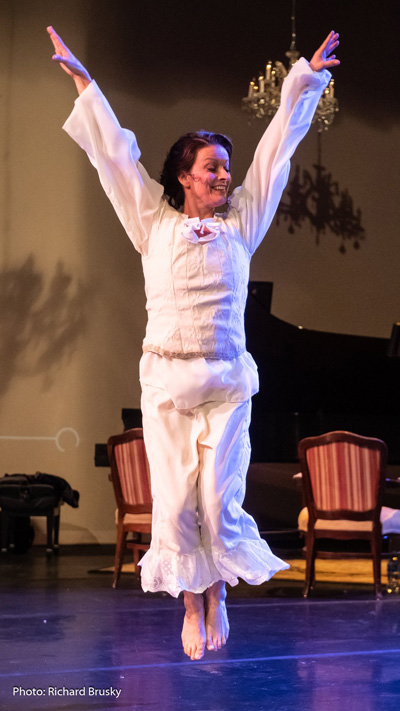 Kelly Roth was the organ grinder and the lonely old man who may have represented the youth’s view of his own dark future without his beloved.

To celebrate the 50th anniversary of the 1968 Iron Butterfly acid rock hit In-A-Gadda-Da-Vida, the program included a dance Roth set to the music in 1998.  Dates aside, both the dance and music seem to have a timeless quality. 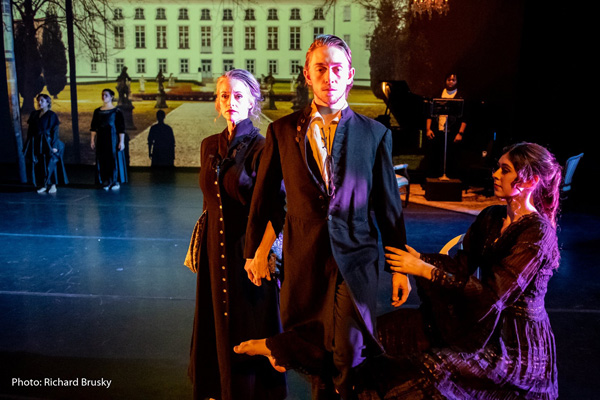 Costuming, uncredited, replicated the eccentric and rebellious youthful attire of the 1950’s that in many instances has become fashionable today.

The ten young dancers, especially Francisca Beaudoux, not only performed well but seemed to be enjoying themselves.  Perhaps, regretting they’d missed something back then, they may have been making up for it on stage.

A solo, from The Princess Dances to music by Igor Stravinsky, was choreographed and performed by Cynthia DuFault.  Dancer and dancing were pretty but the choreography conventional.  The now too familiar ‘lyrical ballet’ style was ho-hum.

DuFault’s exceptional costumes for past Roth production were always on target but missed the mark this time.  The Princess’s white blouse and pants with cuffs puffed at the ankles resembled PJ’s Wendy might have worn before flying to Never-Land with Peter.

Roth will soon be traveling to Lviv, Ukraine to spend the holidays with his son, Tobias, the principal violist with that city’s philharmonic orchestra.  While there, Roth will also teach and choreograph for the Contemporary Dance Space Company.