The ‘Together’ project collaboration contributes an important influence to the artistic development of the students.  The exchange program also gives them opportunities to experience different national cultures as friends and colleagues rather than divided antagonists.

Though each group performs mostly in its own segment of the production the dancers also interact in some pieces, enabling the participants to connect with different choreographers and movement styles.

The UNLV productions are always outstanding though not always equally so.  The recent Together 7 at Judy Bayley Theatre may not have been one of the department’s best but even without the exceptional Korean contribution the program would have still been thoroughly enjoyable.

UNLV’s five offerings occupied the concert’s first half and two were particularly notable: ‘Be Happy’ choreographed by Dolly Kelepecz-Momot and ‘Drei’ by Miguel Perez.

‘Happy’ was a work for 16 dancers, the theme of which Kelepecz described as, ‘To worry is futile; smile, relax and be happy’.  The dance was uplifting and her exhortation persuasive.

It began with the curtain rising and then stopping part way so as to reveal only four pairs of legs wearing toe shoes and executing ballet steps.  They were quickly joined by four other pairs that tap danced.

It was an intriguing device reminiscent of a similar one that had been used by Louis Kavouras in his 1997 dance entitled ‘Feet’.

When the curtain opened fully, eight more dancers descended on the first group in a manner suggesting a game of hide and seek.  It was that sense of childhood buoyancy that pervaded the work and provided much of its charm. 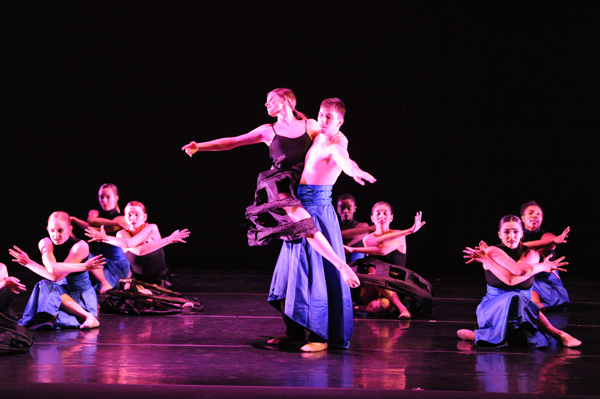 Miguel Perez’s ‘Drei’ (German for three) was an artistically mature work in which the choreography not only visualized Olafur Amalds’ music but captured the essence of its drama with intense, imaginative moves.

It received an excellent performance from Molly Harris Alissa Kuhn and Selena Rizova all of whom projected the dance’s mysterious mood.

Victoria Dale’s ‘Angela Davis Speaks…Past? Present?’ was set to the recorded spoken words of the controversial activist, author and educator.

The thrust of the piece was that the social struggles of today are not much different from those of the 1960’s and Davis’ words often seemed to validate that assertion.  But the dance moves, interesting though they were, had no clear connection to the words, which tended to diminish the impact of both.

‘Resonant Strings’ by Louis Kavouras was reprised from an earlier UNLV concert and had made an excellent impression.  The recent version, however, supported the cliché that less is often better than more.

It had originally been choreographed for eight dancers to a score for solo viola by Beth Mehocic, played by Nancy Usher.  Then, it possessed clarity and an intimate balance between instrumentalist and dancers. 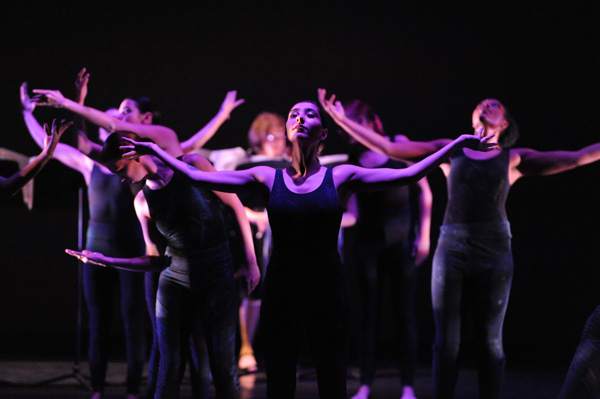 Cathy Allen’s Ballroom scene from ‘Romeo and Juliet’, set to Prokofiev’s ballet score, was apparently not intended to reflect Shakespeare’s play: it was pure dance.  The choreography was mostly in classical ballet style and generally conventional. 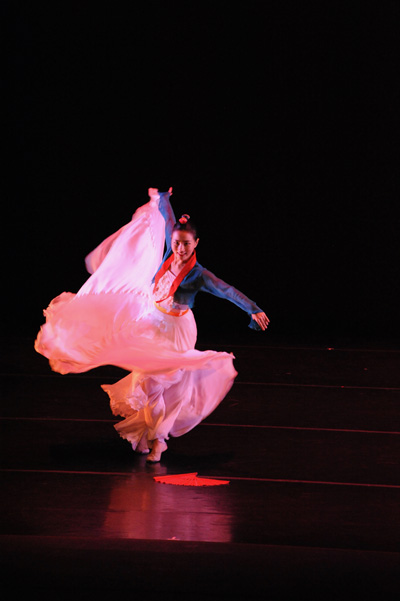 The 18 dancers acquitted themselves well. They had harmonious body lines in the tableaux and a sense of spatial awareness in movement.

The Korean segment began with what, considering the music, was a standard, somewhat tepid ballet by Kim Jijeon.  It was choreographed to ‘waltz king’ Johann Strauss’ rousing

Following it were three thrilling dances inspired - according to the program notes - by ‘traditional Korean movements and primeval religious ceremonies.’  It was presented without pauses as one continuous number. 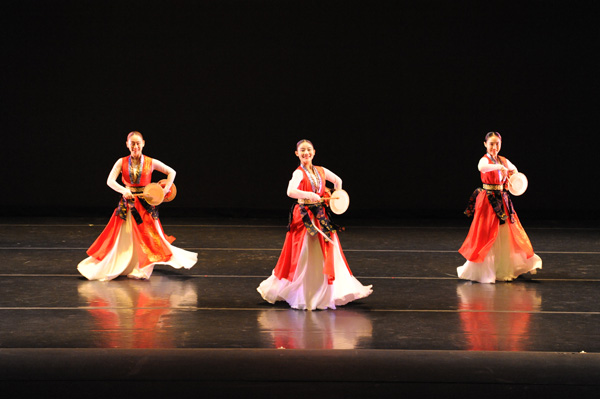 The choreographies were incredibly exotic and unique.  Their movements were in a contemporary mode ranging from slow and elongated to fast, sharp and crisp.  They were credited to Jung Soodong and Baek Hyunsoon.

The performance of the 17 dancers was exciting and flawlessly executed.

Especially distinctive was their use of the entire stage-space and the speed with which they traveled on it.  One moment they’d be on stage right and the next on the left.  They moved so fast, even backwards, that frequently the transfer was barely perceptible.

The costumes were in varied colors often dominated by radiant red.  Many were multilayered and flowing.  Without exception all were breathtaking.

The UNLV dance department performs again in November.  For more information call 702-895-3827 or go on line to  This email address is being protected from spambots. You need JavaScript enabled to view it..