‘Perichole’ is based on a story by Merimee who also wrote the story of the opera ‘Carmen’.  It premiered in Paris in 1868 just two years before France’s disastrous war with Prussia and may have been a welcome distraction for the Parisian public. It quickly gained popularity and within a few years was performed frequently in Europe, South America and New York City. 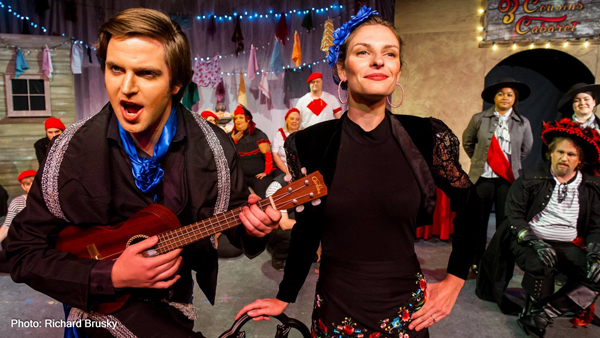 One of the men is a pauper and, of course, the one Perichole really loves.  The other, an aristocratic Viceroy who, wanting to make her his mistress, makes her an offer she can’t refuse – almost.

SCO performed it in English and the lyrics and spoken words were also projected on a screen.  To the singers’ credit, however, the projections weren’t needed.  Their diction was clear and the witty libretto easily understood.

Mezzo soprano Lauren McAllister had an exceptionally rich, pleasing voice and she made a visually attractive Perichole.  But her acting was forced and over the top with awkward exaggerations, which at times came tastelessly close to slapstick. 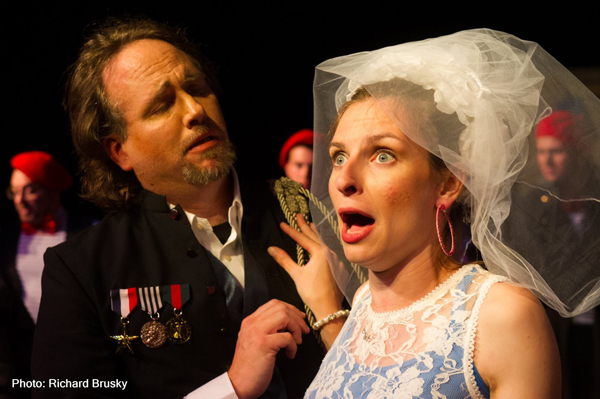 Some of her problem could have been Skip Galla’s direction: either too much or too little. But, if so, it was his only lapse in an otherwise well directed production.

As her true love, Paquillo, young tenor Kevin Harvey showed vocal promise but his acting was tentative and unpersuasive and he never seemed to relax into his role.

Baritone James McGoff as the foolish, foppish Viceroy nearly stole the show.  In addition to his vocal attributes he tastefully established the right level of flamboyance and eccentricity for his character, and evoked the stylish mode of the period with panache.

Some of the production’s best performances came from soloists, each of them a good singer-actress: Stephanie Sadownik as third cousin and Athena Mertes as first cousin;    Emily Kurkan Stephenson as Panatellas; Andie Moreno, Gloria Grev, Krishna Alexandra, and Richelle Janushanev as ladies of the court - and probable past mistresses of the Viceroy.

The 26 cast members acquitted themselves well.  Particularly impressive were the ladies of the chorus with their strong, unified tone.  Ms. Janushan, the Chorus Mistress, deserves kudos.

A quintet consisting of conductor Dean Balan at the keyboard, flute, cello, clarinet and violin provided excellent accompaniment.  The instrumentation was pleasing and did justice to the melodious tunes while never overpowering the singing.  Flautist Christin Nance was a standout.

The colorful and period-appropriate costumes were designed and executed by Ginger Land-van Buuren.  The settings of the Spanish plaza with its fountain and outdoor café were bright, cheerful and imaginative.  They were credited to Toni Kendrick and PRG Scenic Technologies.  The venue’s tech crew provided top sound and lighting support.